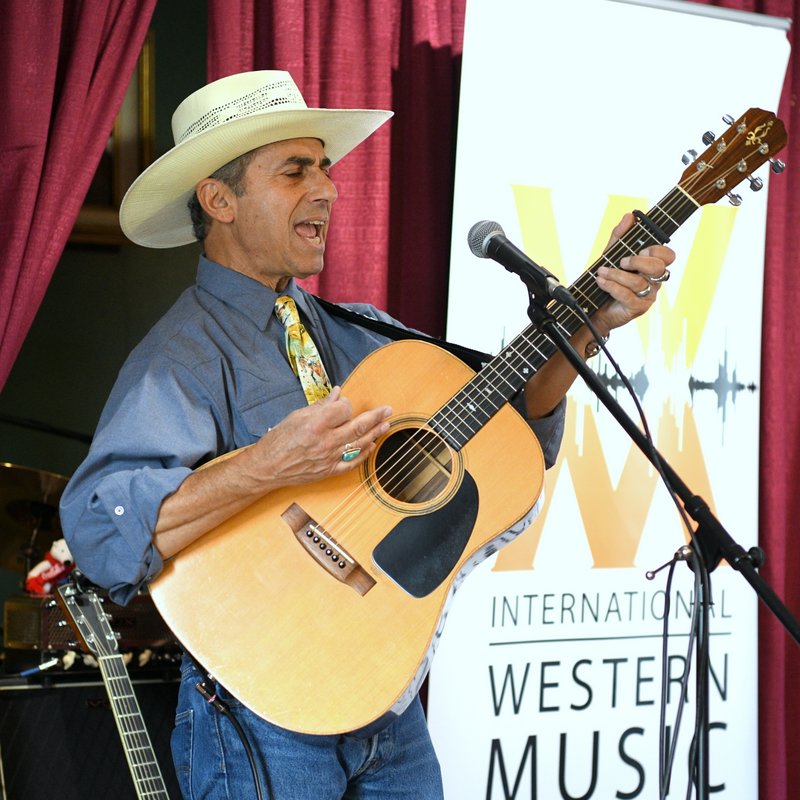 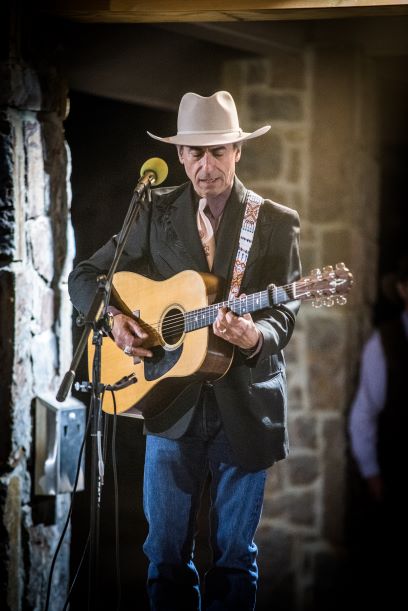 Kerry Grombacher plays guitar and mandolin and writes and performs contemporary folk and western songs. In the spirit of the troubadours of old, he paints vivid portraits and tells fascinating stories that are set in the landscape where he’s worked and toured, from his home on New Orleans’ Bayou St. John to the desert Southwest, and up to Montana and the Northwest forests. You’ll find him at Folk Festivals and Cowboy Poetry Gatherings, singing his songs, playing mandolin as a sideman, and picking in the jam sessions and around the campfires until the last song is sung.

Kerry has performed on stages as varied as the Newport Folk Festival and Cowboy Songs & Range Ballads (Cody, WY), the New Orleans Jazz & Heritage Festival and the Durango Cowboy Poetry Gathering (Durango, CO). In addition to appearing at Folk Festivals and Cowboy Gatherings, he regularly sings his songs at performing arts centers, libraries, house concerts, and other music venues.

Kerry’s recordings include the CDs, We Rode the River (2020), It Sings in the Hi-Line (2008), Sands Motel (2001), and Riding for the Brand (1999), and the tape releases, Dreams of New Orleans (1997) and Home to the West (1996). Artists including Belinda Gail, Jim Jones, Gary Prescott, Chris Chandler, The Texas Trailhands, Earl Gleason, Ed Stabler, Duke Davis, Lorrie Keating, and Trails & Rails have recorded his songs, and one of his tunes appears on the 2012 children’s compilation, Cowboy Playground, released by Putumayo World Music.

In 2001, Kerry gave a concert beneath the neon signs on the parking lot of the Sands Motel on Historic Route 66 in Grants, New Mexico and the owner named a room for him! His 2012 “Highway 281 Troubadour Tour” followed that US Highway from the Canadian border to Mexico, with stops along the way for concerts.

In 2013, he appeared on the ABC Television adventure travel show, Born to Explore, and he’s performed on the nationally distributed radio program, River City Folk, the Louisiana Jukebox television program, and the Montana television show, It’s Still the West. He’s been featured on the Route 66 website and in The Big Round-Up (www.cowboypoetry.com), and there’s a room named for him at the Sands Motel on historic Route 66 in Grants NM!

Kerry Grombacher is a member of Folk Alliance International and the International Western Music Association, and he participates in the endorsement program for Elixir Guitar and Mandolin Strings.

We use cookies on our website to give you the most relevant experience by remembering your preferences and repeat visits. By clicking “Accept”, you consent to the use of ALL the cookies.
Cookie settingsACCEPT
Manage consent

This website uses cookies to improve your experience while you navigate through the website. Out of these, the cookies that are categorized as necessary are stored on your browser as they are essential for the working of basic functionalities of the website. We also use third-party cookies that help us analyze and understand how you use this website. These cookies will be stored in your browser only with your consent. You also have the option to opt-out of these cookies. But opting out of some of these cookies may affect your browsing experience.
Necessary Always Enabled
Necessary cookies are absolutely essential for the website to function properly. These cookies ensure basic functionalities and security features of the website, anonymously.
Functional
Functional cookies help to perform certain functionalities like sharing the content of the website on social media platforms, collect feedbacks, and other third-party features.
Performance
Performance cookies are used to understand and analyze the key performance indexes of the website which helps in delivering a better user experience for the visitors.
Analytics
Analytical cookies are used to understand how visitors interact with the website. These cookies help provide information on metrics the number of visitors, bounce rate, traffic source, etc.
Advertisement
Advertisement cookies are used to provide visitors with relevant ads and marketing campaigns. These cookies track visitors across websites and collect information to provide customized ads.
Others
Other uncategorized cookies are those that are being analyzed and have not been classified into a category as yet.
SAVE & ACCEPT